Online dating red flags: there are a few red flags in online dating, but there is one in particular that all women routinely fall for.

You must void falling for this at all costs, because when you do fall for it, soon enough, you’ll end up having to patch up the damage done, all by yourself.

“I’m sick of being just a booty call…”, Danica finally typed what she’s been feeling the last few weeks.

That was a powerful moment for Danica. She wasn’t sure if she had the strength within her to say that to Damon, whom she met online a few months back.

See, she had developed feelings for him, and it was hard to let go.

He had been slipping away ever since she slept with him. Firstly it was meeting a couple of times a week, then it was only once every two weeks.

Now he’s hardly ever reachable, except for the occasional 1:00 AM invitation to “hang”.

CLICK HERE to discover how deeply feminine you actually are with my specially crafted 9 Question Quiz!

At 31 years of age, what should Danica make of this?

Do all men just want sex and that’s it?

Should she have stronger boundaries so that she isn’t too “easy” next time?

Does she need to start playing games herself so that she doesn’t get played again?

(But the negative consequence of that is that it becomes infinitely more difficult to connect deeply with men when you are trying to play “games”.)

Related: 3 Giant Red Flags You MUST Avoid When Dating A New Person

…And think about it, what man would like to connect with a woman who is obviously playing mind games? Men smell inauthenticity from a mile away, at least the smart and high value men.

These thoughts run through her mind as she questions whether she should continue to online date at all!?

Unfortunately at the age of 31, Danica knows that she doesn’t have all the time in the world. Online dating is almost a necessity, outside of her corporate job as a paralegal.

The funny thing is, she wasn’t all that interested in Damon to begin with. It wasn’t like they hit it off straight away.

Is your man serious about committing to you? CLICK HERE to find out with my specially crafted 8 Question Quiz!

He kept pursuing her…

But he kept pursuing her, over and over. He would send her messages every morning and every night. After a while, it really felt like he cared.

…And that sweet attention slowly got to Danica.

The first time they met up to get some food, he even offered to remove the skin on her chicken breast because she liked it that way. (What a gentleman!)

But then it all went away once they slept together.

His responses became short and jagged, his attention gone.

Did she do something wrong?

How can she make sense of this?

See, Danica can’t afford to have too many of these types of experiences. The last thing she’d want to be is an older woman who is resentful, jaded and alone.

But it’s so difficult to meet men in real life, (our lives are becoming so compartmentalised and divided). Her only real perceived option is to go back to online dating.

…And perhaps hope for a better experience next time.

CLICK HERE to LEARN the One Specific Emotional Trigger Within Every Masculine Man That Inspires Him to Want to Take Care of You, Worship You and Deeply Commit to You.

Here is what Danica needs to understand about men, love and online dating…

One of the most dangerous situations for you as a woman to be in is to succumb to mere attention, thinking and feeling that it could perhaps mean love.

(Just a side note. As a man, if a woman I hardly knew was to give me all this attention like Danica received, I’d either run or call the police!)

However, some smart men have realised this pattern that women tend to have and thus they “game” the system. They become smooth talkers.

CLICK HERE to discover the ONE PHRASE you can say to ANY man that will capture his attention, trigger his curiosity and make him hang onto every word you say!

These men get to know all the right buttons to push.

They do what is called the “love bombing.”

The technical definition of love bombing according to wikipedia is an attempt to influence a person by demonstrations of attention and affection.

So these men do exactly these, in order to get a woman into bed. (Then it just becomes a numbers game which, with the invention of online dating becomes easy.)

Believe it or not, there are online forums where men are taught to exploit these exact biases of women and play the numbers game to get as many “lays” as they can.

Now you can’t always put the blame on men for being so manipulative. We are all out here in the world looking out for our own interest first. (There are plenty of forums and groups that teach women to extract as much money and resources from men as they can too.)

So let’s not make anyone wrong here. Let’s just start by understanding how the world works.

(That is unless he falls in love and has some level of emotional attraction with a woman! Think about it… Why give his commitment when nothing inspires it from him?)

Women do equally as manipulative things to men all the time. It’s your job and my job to look out for ourselves first. To understand our own patterns as well as know what tends to go on in the world around us.

There Are 7 Common Signs That A Woman is Perceived as Low Value to All Men. CLICK HERE to find out what they are.

Online Dating red flags: this is the number 1 red flag to watch out for

So I would say hands down, that the number 1 giant red flag that women need to watch out for is love bombing.

You as a woman have more of a biological need for attention because you are the only ones carrying and bearing children. In the process of bearing and carrying children, you become completely vulnerable and thus naturally needing more people and resources around you.

I want you to understand that as a woman, you have a natural bias to attach yourself early to a relationship. You sometimes project your own feminine meaning upon a man’s actions. For example, you mistakenly believe that a lot of attention could perhaps mean love.

Here are 5 Unusual Signs He’s Madly In Love with You.

Don’t make these feminine biases of assuming attention equals love wrong though, because they are here to serve in some way.

For example, a woman’s tendency to attach early can inspire the man to want to invest in that relationship. It is a natural way to initiate the commitment process through her own vulnerability.

However in this digital age, this bias can become dangerous when communication is so fractured and compartmentalised.

Don’t get sucked into the sweet talk. As someone much smarter than I once told me, “Be careful of smooth talkers, they are usually not smooth doers.”

Here’s the reason why…

When a man is smooth talking you, he’s usually running and following some kind of a mental script.

This script may have served him in the past, he may have even fine tuned that script so well that it has given him many “successes” with that script.

But it’s still a script.

And as such, he is more busy spending his time and energy running this mental script than truly connecting with you.

So remember this. All smooth talkers are NOT inherently attuned to you and your emotions. All you have to do as a woman is to test him and throw him off balance to see how attuned he really is!

Say or do something to offend him. Put him on his metaphorical back foot, take him out of his comfort zone. In other words, take them away from their mental scripts and see who really shows up then.

Here’s an example to throw him off:

“Gosh, why are you so nice to me? You’re after my trust fund, aren’t you? My Mum warned me off men like you…”

“Kidding, I don’t have a trust fund. Is it my stamp collection you’re secretly after?”

Your job as a woman is to throw them a curve ball and see exactly who shows up and how they deal with it.

Do you know the dark art of “High Value Banter” that helps you quickly weed out the wrong types of men and create emotional attraction with the “BEST of MEN”? CLICK HERE to learn how in this free class.

When you have put them on their metaphorical back foot, watch carefully to see how spontaneous and how attuned they actually are. Are they actually attuned to you? Or do they just try to move back to their script?

But “High Value Banter” is so damn important because it also TESTS men to see who they really are when you take them out of their game and out of their scripts.

In case you haven’t enrolled in my free class on “High Value Banter”, click the link below to attend it right now. It will be the best thing you’ll ever do for yourself.

CLICK HERE TO ATTEND MY CLASS ON HIGH VALUE BANTER

That’s all from me. Sending you love!

P.S. If you liked this article, CLICK HERE to check out my full article archives! Or you may greatly benefit from one of our highly popular paid programs, CLICK HERE to see what we offer right now.

If you want to be supported by a warm community of high value feminine women, then join our Facebook Group. (It’s free and so incredibly valuable!) CLICK HERE TO join thousands of other women in our “High Value Feminine Women” Community.

By the way, while you’re at it, connect with me on social media. 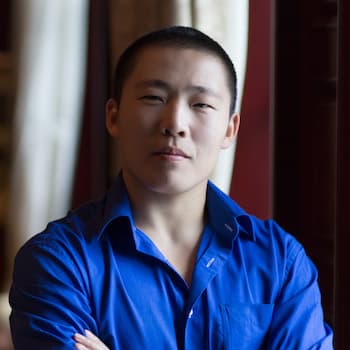 David is the founder of Commitment Triggers & co-founder of Shen Wade Media where we teach women how to show up as a high value high status woman whom easily inspires a deep sense of emotional commitment from her chosen man. Together with his wife Renee at The Feminine Woman, they have positively influenced the lives of over 15 million women through their free articles and videos as well as 10’s of thousands through paid programs through the Shen Wade Media platform.

Connect deeper with his work through the social media links below. 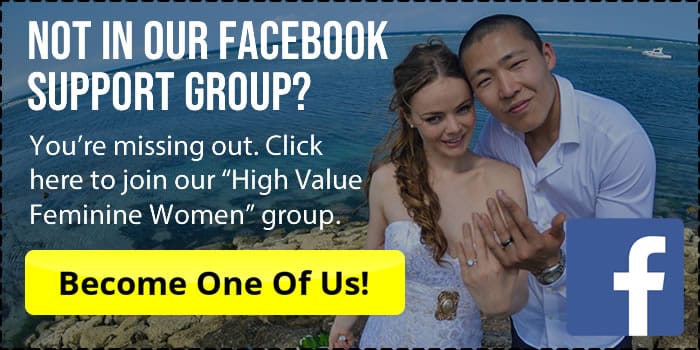 Excellent! I think this is very clever… would certainly trust the guidance and opinion being directed from this point of view.

Will have to try what was suggested.

D. Shen is also the founder of CommitmentTriggers.com where he teaches women how to show up as high value high status, how to inspire a deep sense of emotional commitment from any man and create that healthy, passionate relationship we all crave. Click here to read more... 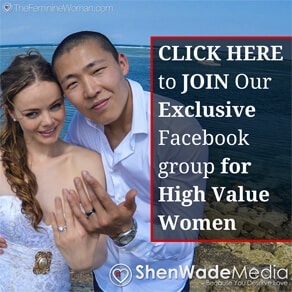 Join Our FREE Commitment Masterclass to Discover How These 3 Simple Words Took A Humiliated & Lonely Woman In A Stagnant Relationship to Getting Deep Emotional Commitment from Her Man and Literally Got Married in 7 Days! (...Not even joking!)

Join our FREE High Value Banter class to discover what you as a woman must do in order to quickly weed out the wrong types of men online and create emotional attraction with the "BEST of MEN"! (...Even if no man has ever given you any love and all you've encountered so far are pen pals, ghosts, booty calls, and incredible duds!)

Stay a while, and read…

wpDiscuz
Send this to a friend